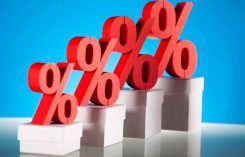 There is a myriad of speculation around Canadian interest rates: where are they going? What do they mean to real estate investing?  Will a rise negatively impact a REIT investment? Some media articles are even hinting at a “Canadian REIT crash.” No one can argue that the notion is attention-catching—but let’s investigate further.

The idea that if interest rates rise, the value of Real Estate Investment Trusts will fall, is oversimplified. Interest rates are a variable that Skyline’s REIT investments cannot control, but we can mitigate their impact by laddering (staggering, waterfalling, etc.) the maturity dates of the REIT’s mortgages. In fact, because we have already done so for the properties in our REIT portfolios, only approximately 15% of our debt would be up for renewal in most years if rates were to rise. To this, one might respond, “But eventually, year after year, that would encompass more of our debt.” The answer is yes, of course, but there’s more to the story than you may have been hearing.

Owning real estate during a time of inflation

Owning bricks and mortar during times of inflation (and therefore times of rising interest rates) translates into rising real estate rents and increased cost of replacement. Existing real estate becomes more valuable, while new supply is constrained from coming to market. In the multi-residential environment, our ability to raise rents is set by the province and tied to inflation, but rents are able to be raised to market upon suite turn-over. If 15% of our mortgages are renewing, but we get annual inflationary increases and outright increases in rent based on market rates at turn-over, we should be able to either keep up with inflation, or even outpace it to increase value.

Commercial and retail leases have more contractual obligations as to when we can re-negotiate rents, but if the property has a tenant with a long-term lease in place, we have matched that with long-term debt, and therefore the property is not exposed to the debt renewal risk.  At the time of renewal, if interest rates are substantially higher because of inflation, the rent will likely be substantially higher as well, which will maintain or even increase the value of the property.

There are multiple variables affecting the real estate investment business – enough so that penning an article about a “Canadian REIT Crash” or even a “Canadian REIT Blast-off” is far too one-sided. Protecting an investment (and one’s own sanity) means ignoring the hype, looking at the bigger picture, and inquiring into the differing strategies of the many REITs operating in the industry. Rising interest rates may not impact the REITs as dramatically as other articles have suggested.

Skyline Apartment REIT (the “REIT”) is a privately owned and managed portfolio of primarily multi-residential properties, focused on acquiring both established and newly developed properties in secondary and tertiary communities across Canada.

Skyline Apartment REIT is committed to providing best in class apartment suites and service to its residential tenants, while surfacing value with a goal to deliver stable returns to its investors.

Skyline Apartment REIT is operated and managed by Skyline Group of Companies.

The information provided on this website is for general information purposes only and is derived from sources that Skyline Apartment REIT believes are reliable. This website does not constitute an offer of, or solicitation for, the purchase and sale of any securities under any circumstances. Please read the confidential offering documents before investing, as they contain important information on fees and risk factor. Nothing herein should be construed as investment, legal, tax, regulatory or accounting advice.